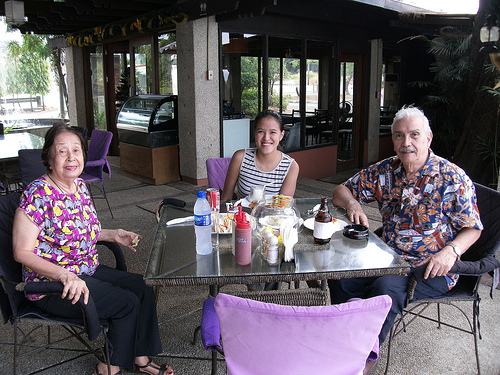 SUBIC is one of the places I frequently spend summer vacations as a child. Some of my happiest childhood memories happened there and I am really thankful to my relatives who made my â€˜growing up’ years special. I was a competitive kid way back and sometimes, they would give me ‘rewards’ for the hardwork I’ve done in school. I’m lucky to have seen the â€˜glory days’ of SBMA. No, I am not saying Subic is no longer an interesting place to go to, but some travelers would rather fly on go to another domestic destination that go on a roadtrip.

The New Year’s Eve of 1999 is my most memorable New Year celebration. Not exactly a super happy one, but I thought of so many things as people around me rejoice for the start of a brand new year. Remember the end of the world prediction for 2000? I feared for my life but I’m also frightened with the fact that I won’t be with my dad when the world ends (+). We’re not complete as a family and that situation sucks for a twelve year old who is idealistic and has so many goals in life.

Damn. That revelation reminded me of my twelve-year old self. Emo kid! I guess it’s not a bad thing, right? 🙂

Back to the roadtrip! Lolo and Lola decided to celebrate the New Year’s Eve in Subic Bay. The last time I went there with them is in 2009. Lolo can still drive and yeah, I partly feel guilty because up to this day, I still can’t drive. Taking up Driving Lessons is a regular in my New Year’s Resolution list, but it remains as the only one unsolved. 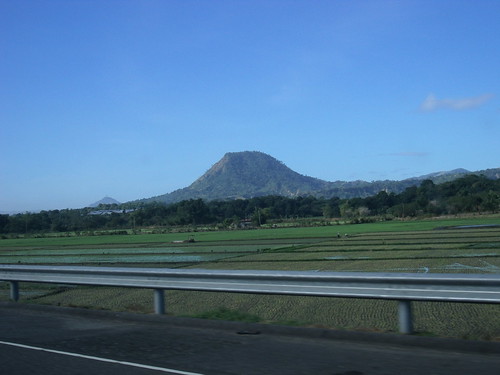 A Road Trip from Manila to Subic is not as long as it used to. Thanks to SCTEX and Subic-Tipo for making roadtrips more pleasurable!

I love the scenery on the way to Subic. Maybe my grandfather’s story about his childhood and some memoirs of Zambales made these trips more interesting. His father (meaning my great grandfather) was born and raised in San Marcelino, Zambales. He moved to Manila to study Medicine and for a time, he stayed in Culion Island in Palawan. It is the reason why I’ve wanted to visit Culion so bad.Â  I have plans of pursuing the Coron-Culion trip this month. Hope it pushes through!

Anyway, we arrived in Subic at 9:30AM and had breakfast at Jollibee. We’re also curious to see Harbor Point, which is an Ayala Mall that opened its doors to the public in April 2012.

For lunch, we settled atÂ Coco Lime. This restaurant is always full! We’re lucky that a young couple left and the table is just enough for us three. Unfortunately, our favorite Bulalo is not available that day (too much demand from the hungry guests â€“ like me!). We end up ordering Kare-Kare and Enselada. Yummeh!

We stayed at Subic BayÂ Venezia for 3D/2N. The original plan is to stay in Subic Interpark Hotel, which grew as my grandparents’ top choice. Our stay there in 2009-2010 went smoothly and I ate a lot from their in-house Korean Restaurant. Our stay in Subic Bay Venezia is just ok. Lolo found it through Agoda and I find it a bit expensive knowing the fact that breakfast is excluded. The staff friendly though and one even helped us out when a little emergency happened.

We went back to Harbor Point at night. Lola and I were able to catch Ronnie Liang sign some CDs as he promotes his new album. He is from Pampanga, by the way.

All the restaurants were fully booked. Wah. We’re hungry! By 7:30PM, we settled in Sumo Sam. We’re quite happy with what we ordered (too happy and hungry,I didn’t take too much photos lol). Big servings! What a nice way to end the evening!

I woke up late, but my grandparents managed to walk around the area (sweet, ain’t it?). The plan for the day is to eat lunch at Rali’s Grill and Bar. I love this restaurant because of the overlooking view. If you want to feel the â€˜Ahhhâ€¦ I’m in Subic!‘ vibe in a relaxed way, you better not miss this place!

We went back to the hotel at 2PM for the afternoon siesta. The internet connection in Casa Venezia’s lobby is pretty decent that’s why I was able to work on some last-minute tasks (meaning flooding other’s timelines with â€˜Happy New Year!’ greetings).

By the time my grandparents woke up, we went straight to the Baywalk area. We picked a good parking lot and did a little sunset walk by the bay. As early as 5PM, locals and foreigners are already scouting for a perfect spot for the New Year’s Countdown celebration. Some food stalls are being organized. We even saw the OPM legends Rey Valera, Marco Sison and Hadji Alejandro practice for the show scheduled before midnight.

With the fear of losing our parking lot spot, we end up eating dinner at Gerry’s Grill (Subic Baywalk Branch), which is a good decision. It’s been a long time since we last ate in Gerry’s Grill and what makes this a better choice is the outdoor, beach vibe. Cool music, nice staff and good food â€“ Sulit! We ordered Bulalo (my favorite) andâ€¦. Kuhol.

We’re just in time for the Mass. It’s nice to celebrate New Year by attending the mass with people from different walks of life around you. It is the time to silently reflect and at the same time thank the Lord for the blessings.

By 10PM. We went back to Gerry’s Grill. Happy that they’re still open that time (they stopped accepting guests ten minutes after we arrived). I ate and drank a little. Yeah, I drank Tanduay Ice with my grandparents. Isn’t that cool? Drinking with consent is a must!

The first day of the year must be spent in a cool place. We we’re planning to eat in Coco Lime for breakfast before heading back to Manila, but the place is not yet open.

Out of curiosity, we end up in Magic Lagoon Bar and Restaurant. It is actually located in a place I am familiar with as a kid. I have some fun memories there with my cousins. It is located adjacent to the Subic Bay Yacht Club and beside Le’ Mans Go Kart. I usually get weird feelings whenever I return to a place where I have a number of childhood memoirs. Happy with the developments, partly sad with it the changes. Oh well. Nothing is permanent in this world except change. 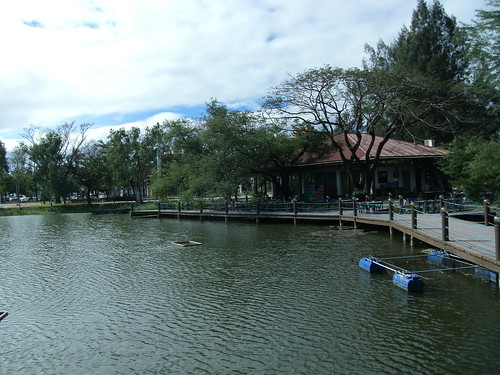 The three of us enjoyed our stay in Magic Lagoon. Imagine eating the first breakfast of the year in a rather relaxing ambiance like this one? 😀

Right after breakfast, we’re geared on a trip back to Metro Manila. 2013, you better be a good year! 😛

I also recorded some clips during the duration of our Subic NY Trip. I cherish every moment I spend with my Lolo and Lola 🙂