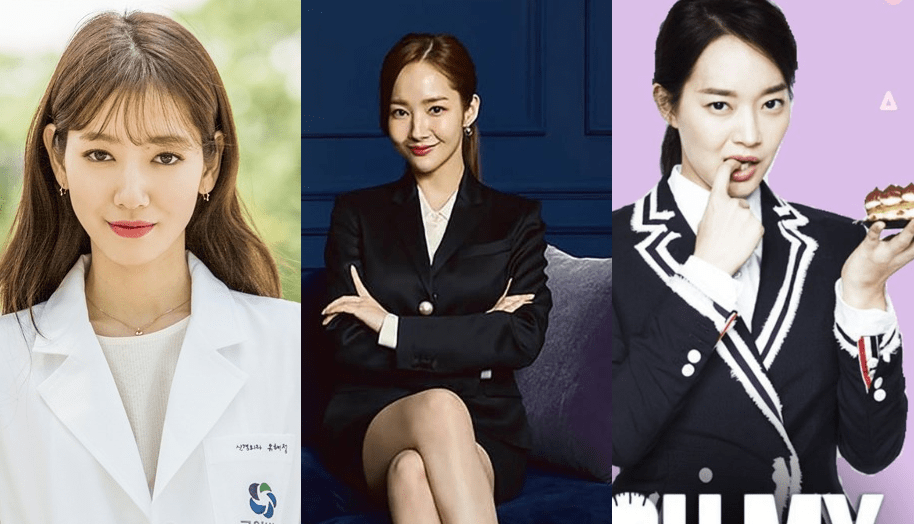 The recent waves of Korean drama portrays empowering women – a colorful mix of character, guts, bull-headed personality that makes you genuinely root for them or be them. Here are my top recommendations of Korean dramas with impressive powerful women that you want to watch.

Something In The Rain

Something in the Rain tells the story of a meek woman Yoo Jin Ah (Son-Ye-jin) working for a famous coffee chain. She unwillingly started a relationship with her best friend’s younger brother despite all the societal norms which frown upon older women dating younger men.

From the start of the series, you may feel frustrated with Jin Ah’s character as she was consistently walked over (or some people call it being a good daughter and a good wife material) by people in her lives. Her character development is remarkable though. As the series progresses, she began to fight for what she believe in – resigned from a job that drains her, moved out of her parents house, and finally embraced the possibility of a single life as she broke up with her boyfriend. At the end, love still found her, which makes this drama a good addition to your list!

Similar to the first drama, Secretary Kim used to be a clumsy, emotionally weak and incompetent secretary for a vain, strict, but rather exceptional CEO. She was the breadwinner of the family and supports two of her sister while working long hours for her boss.

However, during the many years that she was working as a secretary she managed to slowly improved herself. She became business fluent in a language needed for her job, she began to exude confidence and carry herself well, she became a very competent secretary and finally, she managed to build the life that is entirely her own. At the end (pseudo end) of her job as a secretary, she was able to fight for her purpose – which is to resign from her job and pursue her true love.

Romance Is A Bonus Book

This is one of my favorite empowered women Korean drama. Kang Dani, the lady protagonist of the drama Romance is A Bonus Book is the recipient of all things bad. Her husband left her for his mistress, she didn’t get alimony (initially), she had a daughter in boarding school to provide for, her house was seized and she had been a full time mom for so long so it was hard for her go back to the work force. Everything was going wrong from the life she built for so long. But with determination and the help of her best friend, she slowly built her life back.

Depending on her skills as a top notch advertising agent before she got married, she accepted a rank and file job to start her career again. At the end, she manages to go back to the career ladder, and finally realize that the love of her life, the person who helped her through the years, was simply the person who never left her side.

Oh My Venus is a funny romantic comedy that empowers women from all fields and sizes. This is the story of Joo Eun, a once sought after perfect specimen of a woman. Her good looks and killer figure made her popular with the boys in school.

However due to the stress of her job as a lawyer, she let herself go and became overweight, which is why her long term boyfriend left her. She manages to take control of her life and her weight with the help of a personal trainer. At the end, she developed from being a pushover to a strong confident woman who can beat the odds and stand her ground.

Sungkyunkwan Scandal is another oldie but a goodie Korean Drama. It was set in the Joseon period, in a time where women were not considered as equals in the society. Yoon-hee is the breadwinner for her family. After her scholar father died, she had to take care and provide for her her mother and sickly brother. She accepted off jobs including a substitute test taker for the Sungkyunkwan school. She was caught but because of her talents and how smart she is, she managed to get in but as a man. In the end, she competed against Joseon’s top male scholars and excelled as a student. Her character shows that regardless of social norms and time, if a woman has a will, there is definitely a way.

One of my favorite character development, Hye Jung, who plays the female protagonist in the drama Doctors, showed an impressive personality change. From being a genius off the charts IQ high school renegade drop out, she pulled up her act and became one of the upcoming top neurosurgeon in one of the country’s top hospital. Using her perseverance as her main weapon, this abandoned/orphaned lady worked her way to medical school, only sleeping a few hours a day, honing her skills and deciding for her own future. She manages to get the respect of her colleagues and built the family she never had. Also she is a professional fighter. What a badass.

Portrayed by the very versatile actress Park Bo Young, Strong Woman Do Bong Soon is a Korean drama that will leave you all the feels – happier though. She was literally blessed with the strength of a thousand men. Hired as a bodyguard by the eccentric CEO played by Park Hyung Shik, she protects him from thugs but also, unwillingly played the girlfriend in front of the CEO’s family. She originally hid her strength and acted as a frail and helpless young woman because she thought her crush liked these types. In the end, she accepted her faith/curse/gift and used her strength to help benefit other people. On her way to self-acceptance, she found that the guy who truly loves her for who she really is, is the man she truly loves. Win-Win!

Probably one of my favorite Korean dramas, Fight My Way is also one of the most relatable. Striving to reach her dreams, Ae Ra, your nontraditional lady protagonist, bull-headedly chases her goal to become an announcer. Although her life is not easy, she makes the most of all her opportunities, despite being met by career hindrances. I really like her character because she is not the desperate, classy, damsel in distress type. In fact, she is the opposite – sloppy, vulgar and strong. Her confidence in life and positivity made the man who she secretly adores for years, finally fall in love with her. In the end, she was chosen over some prim and proper lady. This gives a huge importance on being the true person you wanted to become, in order for you to achieve your dreams – career wise or not.

If you want cutesy, light and happy drama, I suggest watching Weightlifting Fairy Kim Bok Joo. Bok Joo, raised in a chicken restaurant by her father and uncle, is not your typical leading lady. She wears baggy clothes, training trousers and caps. And also, she is a part of the university’s weightlifting team. She was mainly focused in improving her skill but at the same time, genuinely loves what she does, regardless of the social stigma on female weightlifters. In between episodes, she faces the pain of a first love and depression to the point where she doesn’t want to do anything anymore. This drama is exceptional because the leading lady empowered herself to pick herself up, research for her purpose, achieve her career goals while being her true self in the entire process.

There are more KDramas depicting strong, independent and empowered women and that is a good sign. Now that most of us are at home due to circumstances we cannot control, it would be worthwhile to watch character-driven characters onscreen for inspiration. Most of these shows are available on Netflix, iFlix, VIU and HOOQ.

Have you seen any of the shows mentioned? Which one is your favorite? If you have some suggestions, please do share it on the comments section below! Happy Bingewatching!