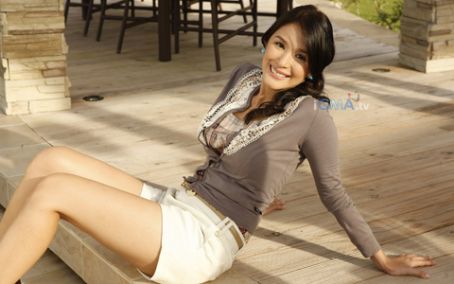 A typical Filipino is not without its fair share of imitations here and there. Not necessarily to a point of forgetting what is truly itself, but an average Filipino can easily adapt on what is trendy, especially in fashion.

I have seen the trends changed — From the hip-hop era marked by loosed shirts and baggy pants, to a more metro that noticeably fitter and slimmer design, fashions truly do change over time.

In recent years, however, another changed has come into a surface which affects many countries, including the country of the Philippines, globally – the so-called “Korean Wave.”

The South Korean culture was not much known across the globe for its influence until the late 1990’s when its popularity grew because of the media that are easily accessible to most people – the television, the radio, and the internet.

At its initial stages, the Korean Wave dominated the regions of East, South-east, and East Asia through its quality TV drama series, referred globally as the K-Drama, if not for its romantic comedy TV series, including movies with fan-made translations as its subtitles.

Who would not remember of Korean TV series Full House, My Girl, and Boys Over Flowers which captured the hearts of the many, young and young-at-heart alike? Or the full-blown drama of the Snow Queen or Winter Sonata that touched our hearts and made us cry?

Back in the days when Korean TV shows are relatively few and unique introductions to TV viewers, these were the gems that paved the way for the Korean Wave to flourished.

Nowadays, the South Korean influence in entertainment is more than just the visual aspect. The recent years was also marked with the penetration of the Korean music within the local industry. Be it in a form of a music video seen on TV or simple music running on the radio, day after day you will hear of Korean music being played as an entertainment medium.

Not surprisingly since, the market has also seen an entrance of the Korean fashion.

It was not really surprising at this point to see that the Korean Wave have also already reached the fashion industry which dresses some or the many.

Known for the Korean’s desire to innovate with the fashion trends, most Koreans are said to be fashion-forward with what they wear. This means going from what were common to something more unique, oftentimes as a result of curation and volumization of other designs.

Although the K-Pop fashion can be hard to spot at times given the subtlety of its designs in relation to its originally Western counterparts, the fashion is without a doubt present in our society at large.

You would know that a person has gone K-Pop when you see her fashion to be a mixture of an oversized shirt paired with a skin-tight or skinny jeans pants or a combination of elaborate and colorful dresses, often layered one after the other.

While the K-Pop fashion is not something that may appeal to some ages, it certainly has its market among the teens and the early adults.Check out K-POP fashion through this link: http://www.zalora.com.ph/korean-fashion