Skip to content
Home > Japan > Japan, I’ve Fallen For You 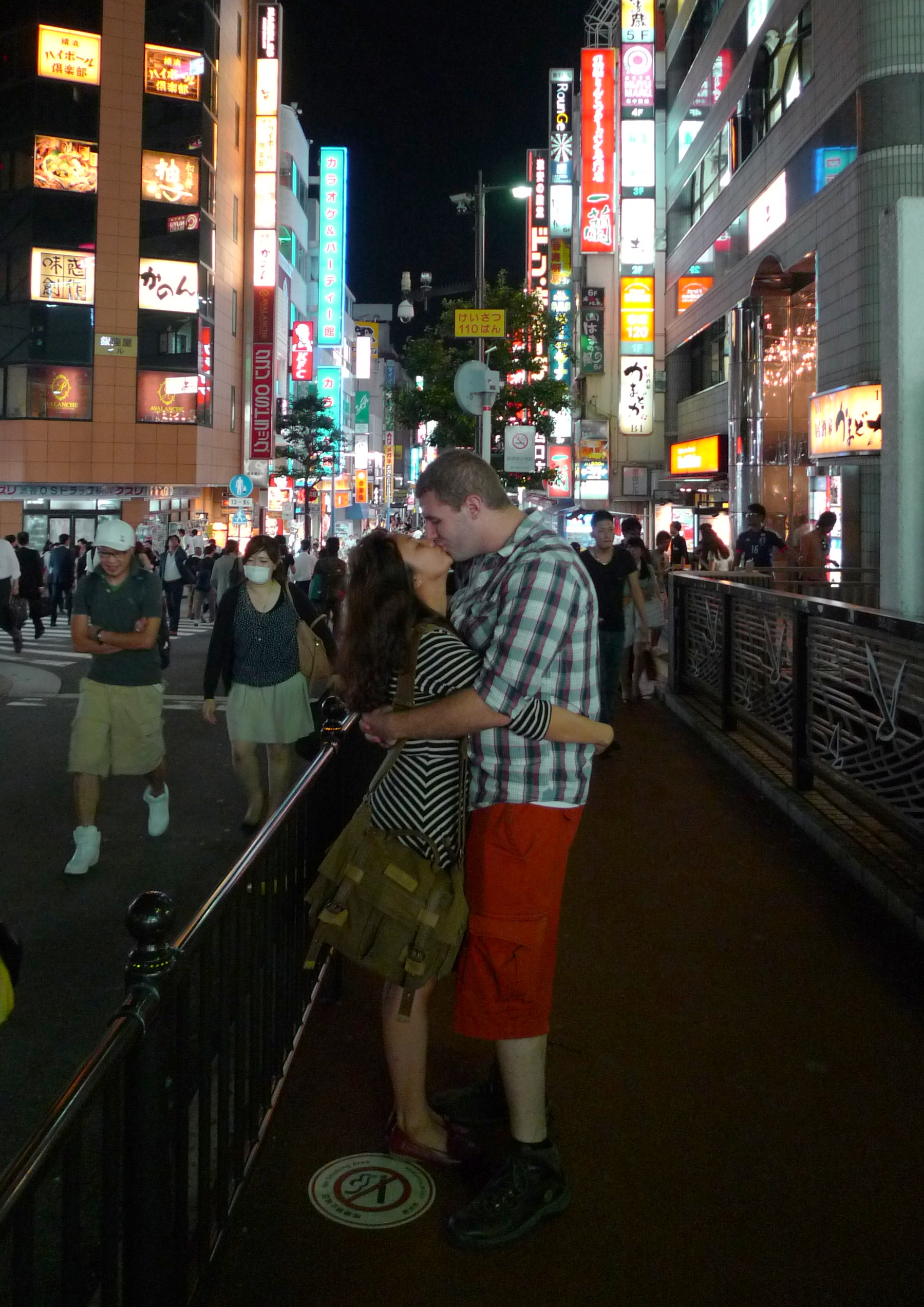 Japan, I’ve Fallen For You

Most Filipinos my age consider JAPAN as their dream destination. Why? We grew up watching anime series on a daily basis. I remember how big Voltes V was when it was relaunched again on GMA-7’s Primetime Block in the late 90’s. The only Japanese characters who caught my attention are Doraemon and Lupin III. Didn’t care much about the rest like Flame of Recca and Dragon Ball Z, although some of my friends were collecting cards or what we fondly call ‘tex’.

In high school, I have a friend who was so obsessed with Kenshin Himura. Imagine my reaction when I found out he is a fictional character from Samurai X #BoomPanes

There was also a time where in JPOP was more popular than KPOP. Play the video above and reminisce. You’re welcome. See, I am not one of those kids from the 90’s who wrote ‘JAPAN’ on the top of their bucket list.

I went there last week mainly because my blogger bestfriend Ada got married with a US Navy and they’re now based in Japan. Not seeing her for more than a year is too much to bear, so what’s a good friend to do? Fly to Japan!

Like what I mentioned on the Japan Tourist Visa application post, I’ve gone through some hardships before I got my passport. I thought I wouldn’t be able to push through with the trip. I met someone who was in Japan a few days before my flight and he described how hard the rainfall in Tokyo was. Am I really destined to visit Japan or what? Anxiously waiting for an answer. So my flight schedule is June 12 5:30AM and claimed my passport with the Japan Tourist Visa on June 11, 6PM. Kaloka, ‘di ba?

Narita International Airport. I was relieved when the immigration officer placed a stamp on my passport. She only asked me where I will stay and let me go straight to the baggage claim area. Ada with her husband Josh were already at the waiting area when I arrived, but I didn’t see them right away. I went out and was lost in translation when I asked a random Japanese employee on where I must go. Although he didn’t really speak english, he went out of his way just to help me out.

So finally I reunited with the lovebirds and drove to Sakura for my first meal in Japan – Ramen and Gyoza, baby!

I stayed at the Wilkinson’s humble abode in Ebina-Shi, Kanagawa. By train, it is more than an hour away from Mainland Tokyo. It is such a nice experience to live in a Japanese House for five days.

To my surprise, Josh cooked a very good Sinigang for dinner! The best Sinigang I’ve tasted in ages and not only that – they prepared a cute and tasty welcome Cake for me! Who needs Hello Kitty when you see (and taste) something this cute and sweet, huh? 😛

Walking around Yokohama is such a bliss. We were able to pass by Chinatown (the cleanest I’ve seen so far) and Motomachi, which reminds me of some shopping districts in England. We were also able to visit a Shakey’s branch with Pizza and Pasta Buffet, very good Ramen place and a department store selling the quirkiest items – so quirky I cannot post them here even if I want to LOL

Since I only spent 5 days all in all in Japan, I wasn’t able to spend much time at Greater Tokyo as I wished. Actually, I flew to Japan with no ‘real’ itinerary. It is the reason why everytime Ada asks me where I want to go, I always say “it’s up to you!”.

We end up walking at Shibuya, Harajuku, Asakusa and my favorite – ODAIBA! Another thing I’m thankful for about this trip is the weather. The weather days prior to my arrival was terrible (heavy rain, strong wind). It was a bit gloomy on my day of arrival and it was sunny the whole weekend.

I FELL IN LOVE WITH JAPAN. It’s like you’re on a blind date with a stranger hooked up by a common friend and you have no big expectations, yet you end up having an awesome time and you didn’t want your time together to end. There’s so much to learn and discover!

I would like to thank Ada and Josh for being my host in Japan! I’ll see you again by the end of the year 🙂

Follow the new blog Travel in Boots for more Japan-related photos and articles!

^ Play that song and tell me if it sounds familiar 😛

Have you ever visited a country and fell in love with it even if you were not that interested at first? Is Japan included in your must-see list?