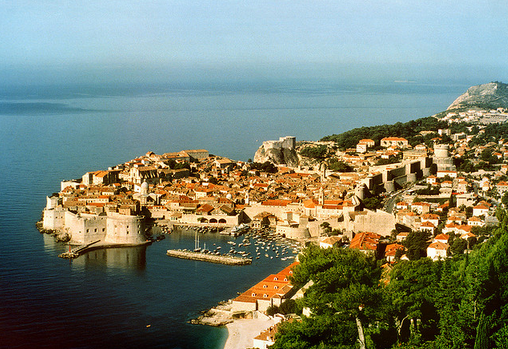 Croatia is one of the countries I want to visit with my family. I’ve only known about this country in 2010 because of a good friend who happens to be a Croatian. I scouted for photos online and was really pleased with what I saw. So many historical sites and beautiful beaches!

When he told me that he is studying in Zagreb, Croatia, I was a bit shocked. I didn’t know such country existed. To be fair, he didn’t know about my home country, the Philippines. Fair enough. At least we learned something from each other!

Being a Philippine passport holder is hindering my plans of having a spontaneous getaway in this lovely part of Eastern Europe. My mom showed interest that she wants to go there with my brother soon. At that moment, I kept blaming myself for not securing a Schengen visa. We could’ve gone to any part of Croatia last year!

But I guess its never too late for that Croatian holiday dream trip of ours. Most tourists go to Zagreb first to explore the Capital and the important museums. I am currently eyeing on two destinations: Dubrovnik and Split.

Dubrovnik is dubbed as ‘the Pearl of the Adriatic’. Like the ones we have here in the Philippines, they also have white sand and pebble beaches. So why do I still aspire to go there then? I guess it is the nearest beach holiday destination from my family who are now based in the UK. The nearest airport from them is the Birmingham International Airport and they offer direct flights to Dubrovnik and Split. Also, the town there alone has a lot of historical details to tell.

Split is also another Croatian destination I’m planning to visit. Some are saying that it is cheaper to travel there compared to in Dubrovnik and the backpacking culture is somewhat felt there. As long as I’m with my family, I am willing to save up for it and splurge on a very memorable holiday.

I have no concrete plans on when I’ll fly back to the UK, but I will make sure that I have my Schengen visa with me the next time!