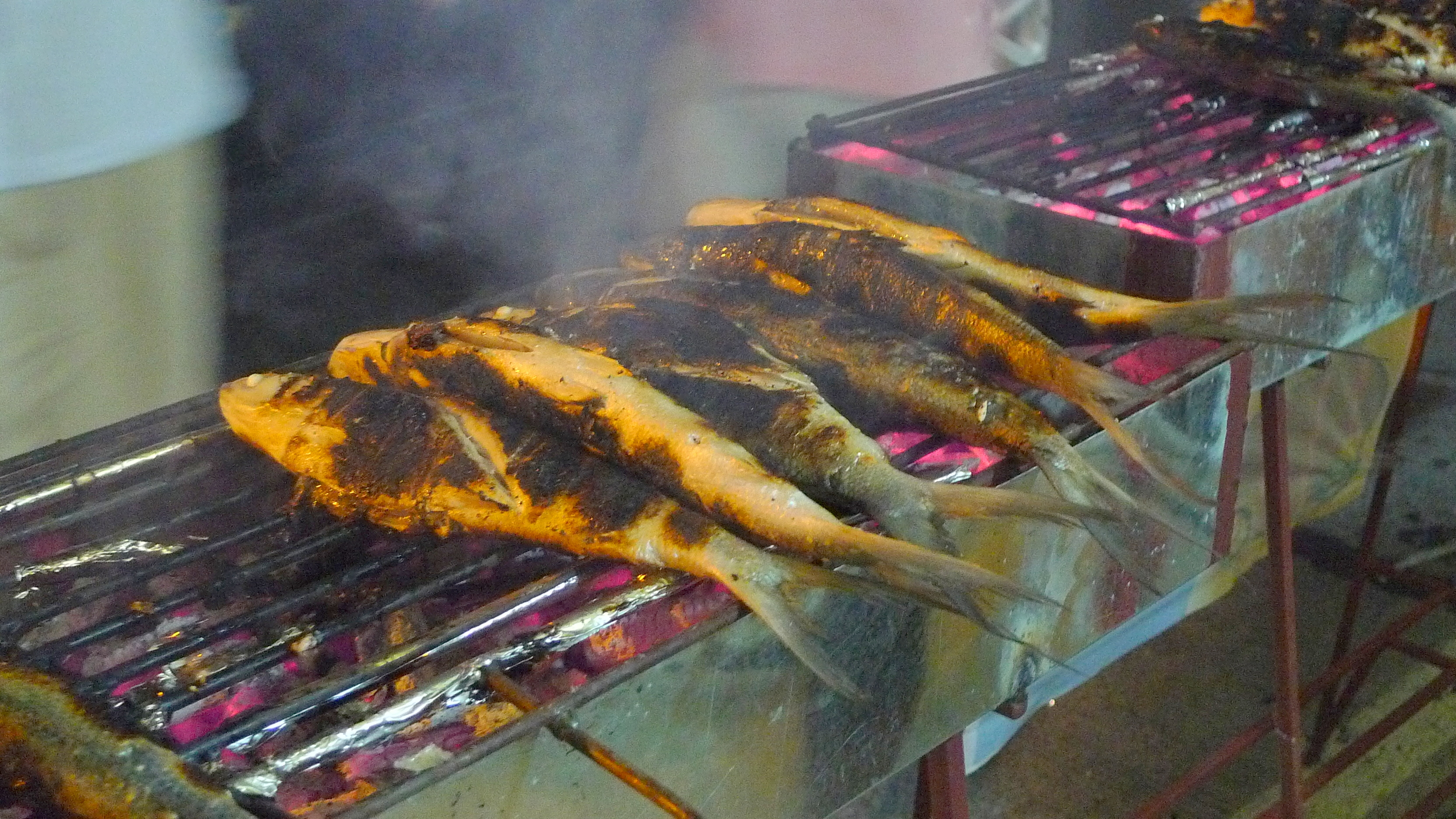 The Bangus Festival Celebration won’t be complete without the Kalutan ed Dagupan or Bangusan Street Party. In 2003, Dagupan City made it to the Guinness Book of World Records for the longest grill. 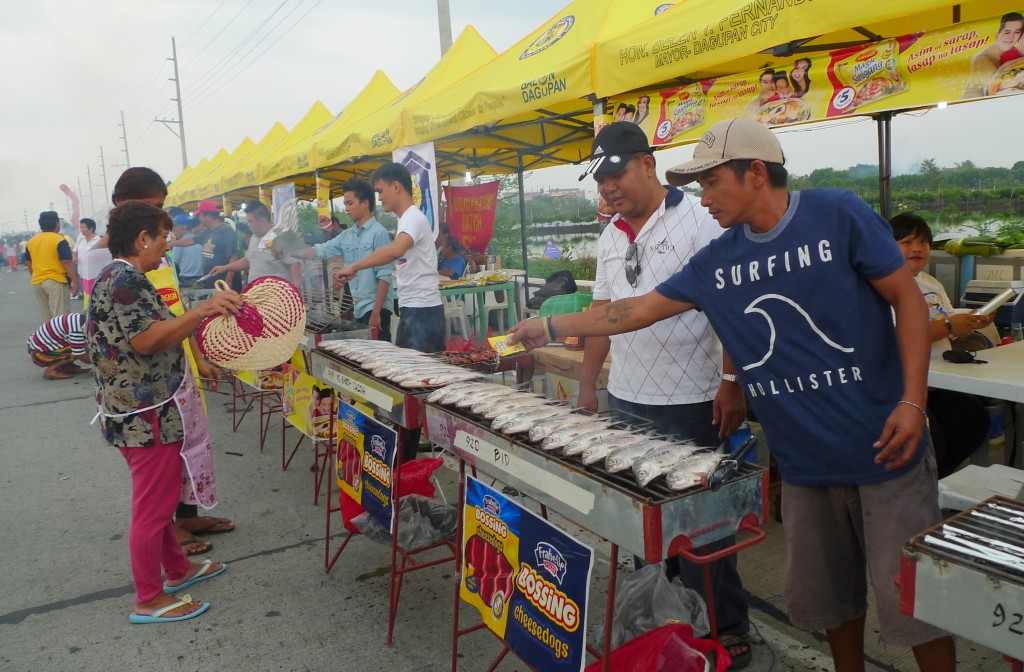 It’s been years since I last attended the Bangusan Street Party. It is an opportunity for tourists and locals alike to feast on the tasty milkfish!

This year, the Kalutan ed Dagupan was celebrated at the De Venecia Road. In the previous years, the usual location is at the Downtown area of the city. When I asked Mayor Belen Fernandez why they chose the new venue, she shared that the ambiance is much better and the people will get to appreciate the source of this product that we’re very proud of (De Venecia Road is surrounded by fishponds). 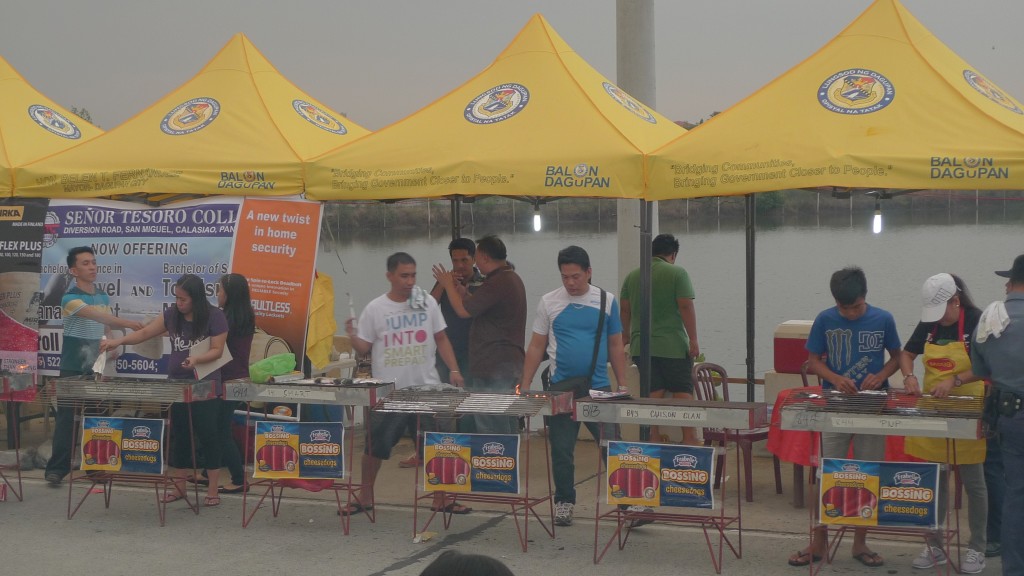 And she was right. I arrived at 4pm to meet up with a friend. By then, 10 Stages and hundreds of grill stations were being set up. An estimate of 15,000 pieces of bangus were to be grilled for the night. Companies such as Coke, AyosDito, GMA-7, Globe, Â Sun Cellular and Smart strongly made their presence felt by preparing a good line-up of musical performances for the crowd.

One thing that I fondly remember about my previous Kalutan ed Dagupan moments with the younger brother is the fact that we can just go to any booth and get some Bangus. Luckily, I saw Rudolph, a fellow L-NU alumni. The booth where he’s at invited me and my companion for dinner. Take glimpse, come on! 😀

I stayed mostly at the SMART area (Stage 7). My curiosity about the Live All Out party made me stay longer there.

For the first time, Dagupan City experienced the epic Smart Prepaid ‘Live All Out’ Rock and Rave Party on Stage 7. By 7:30 PM, Dagupan-based bands such as Skidz, Playmates, Lies and Time & J2K Band showcased their talents with familiar rock and pop tunes. 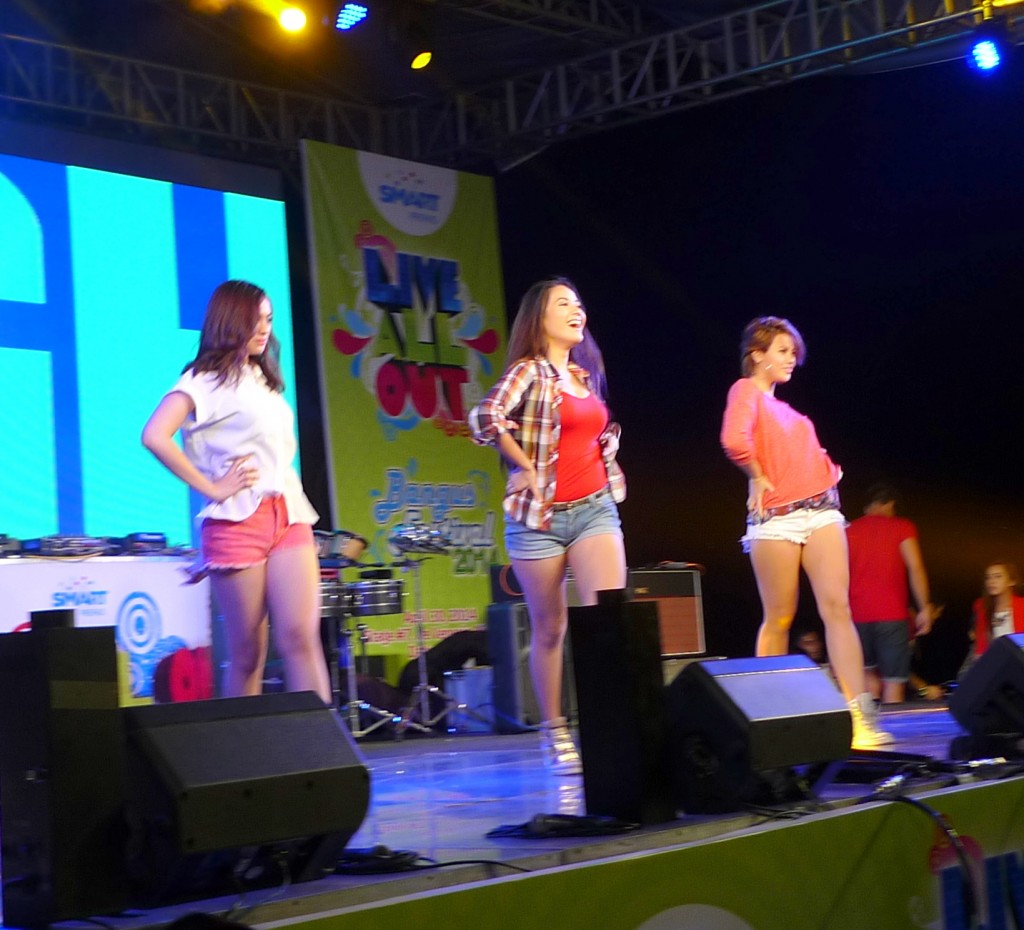 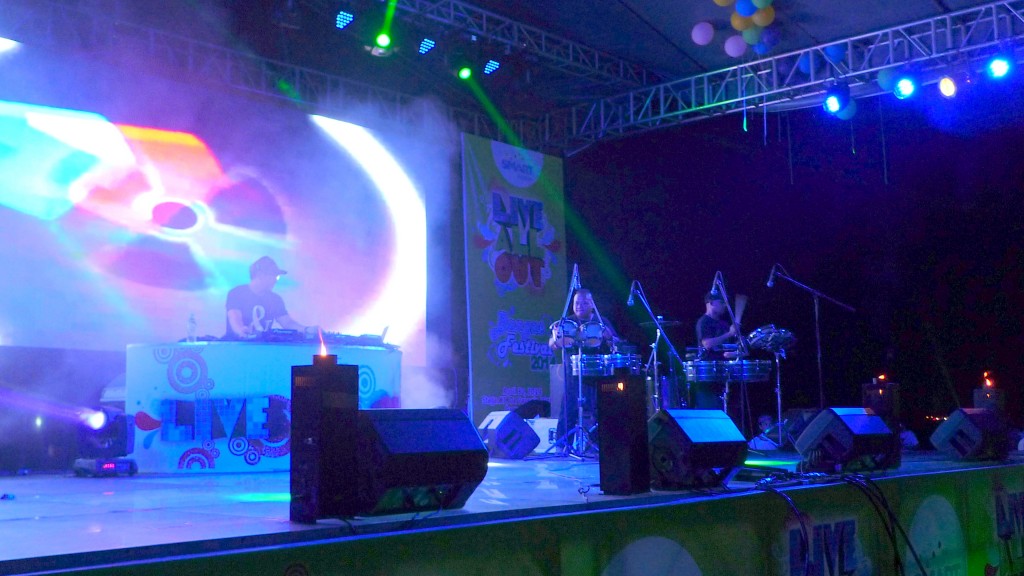 To heat up the night further, DJ Elmer Dado together with Gruppo Tribale kept the crowd dancing with amusement as they add extra twist on the latest dance hits. The festival-goers were mesmerized with the confetti blasts, colorful lanterns and the giant beach balls, which were tossed throughout the night. #Party

Majority of the attendees were teenagers and yuppies. Everyone’s waiting for Rocksteddy! The Filipino alternative rock band led by It’s Showtime host Teddy Corpuz entertained the crowd by singing some of their notable hits. The group was generous enough to give out copies of their album to the lucky fans.

All in all, I can say that this year’s Bangus Festival 2014 was an organized one. Kudos to the people behind the fantastic line-up!