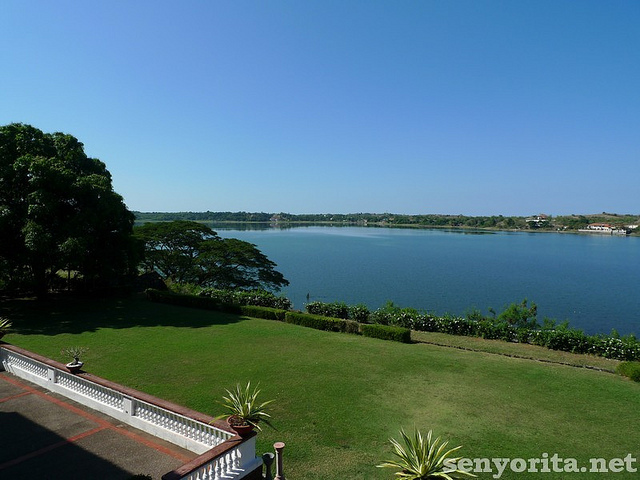 It’s been nine long years since I last stepped in Laoag City. I remember the long drive from Dagupan to Vigan to Laoag when I was still fifteen years old with the family. My grandfather and my dad would were alternate drivers while my mom, brother and I were seated at the backseat enjoying the sceneries as seen thru the car windows. We stopped over Vigan for the Vigan Empanada and went straight to Laoag City to meet up with my relatives.

The family went there on vacation for a few days, but I chose to stay for two weeks since another cousin of mine is coming to maximize the summer break. We would go around the city proper with kalesa as our mode of transportation. We would rent VHS and VCDs from a nearby Video City stall and eat Ilocano dishes as cooked by our aunt. Pinakbet, Pinapaitan, Longganisa, Bagnet, Kare-Kare, Binagoongan and many, many more! Too bad I didn’t own a camera that time that’s why I wasn’t able to document our adventures.

Fast forward to January 17, 2012: I went GV Florida Bus station in Sampaloc for my first Manila-Laoag trip. I’ve heard a lot of testimonials about GV Florida’s Sleeper Bus and I would like to try it first hand. There was a promo fare weeks before my trip for that date but I chose not to book for this specific mission. From the MRT station, I went down at LRT-1’s Tayuman Station and took a tricycle going to the bus station at Loyola St., Sampaloc, Manila. There are two GV Florida Bus stations facing each other. The left side is for the Laoag Trips while the other is for Tuguegarao-bound trips.

I arrived there two hours before schedule of departure (10PM) hoping to reserve a good seat. The fare is Php800 and the seats were almost full when I arrived. I’m glad I still made it though.

The GV Florida Sleeper Bus leaves the station at 10PM and the trip is just once a day. I am seated at the upper slot and the bus left on time. I tried to sleep on the first hour, but I couldn’t.

I am not yet used to bus trips with reclining seats (or lying down) that’s why. You can also adjust the temperature of the A/C pointed towards you. The convenient part there is the toilet and the normal bus trips that goes to Laoag that usually lasts for 10 or 12 hours will only take less than 8 hrs.

Upon arrival, my uncle fetched me from the station. It is nice to see him after many years and we went straight to their house. I can’t help but think about the happy memories with my family as I seat in the tricycle and pass through the famous bridge. When we arrived, I almost jumped for joy upon learning that my aunt prepared a very sumptuous breakfast – Ilocano style.

It feels great to talk to relatives about the developments of your life from the last time you saw them. We also talked about my passion for traveling and they almost scolded me when I narrated my jeepney top load experience in Batad.

I only rested for a few minutes then we went straight to our day tour. They hired a tricycle driver to bring me and my aunt to the different tourist spots of Laoag. Although sleepless, my excitement took over.

Our first stop is Fort Ilocandia. It is considered as one of the most popular resort hotel of Northern Luzon. I went with my family there before and I remember how lively the place was. It was a bit awkward when we went there since I feel that aside from the staff, we were the only ones there. Well, we went there early morning LOL. That time, decorations pertaining to the Chinese New Year is displayed at the lobby.

There is also a nearby beach (only 2 minutes walk) and if I am not mistaken, it is part of the sand dunes. The pine trees makes the place more appealing.

When in Ilocos Norte, you will surely hear the greatness of Pres. Ferdinand Marcos from the locals. We went to Malacanang ti Amianan (Malacanang of the North).

According to Gov. Imee Marcos, her dad used to drive to this relaxing abode especially when he is stressed or wants to think clearly and away from Malacanang Palace. Overlooking the very clean Paoay Lake, who wouldn’t love this view?

We toured around the place where we saw the former rooms of the Marcos Family – from Ferdinand to Imelda to Imee and Bongbong. It served as their residence in the North and now serves as a museum. I will write more about it soon because honestly, Ferdinand and Imelda Marcos are two of the most interesting personalities in Philippine History.

During my trip, I would ask random locals if they still support the Marcos Family. All of them said yes. My aunt narrated how bad she feels whenever she hears negative criticisms against the Marcos Family. Some of the locals I talked to during the whole trip even mentioned how the ex-President helped them or their parents in times of trouble. Gov. Imee Marcos, the unica hija is now doing a good job in her position.