Skip to content
Home > Tourist Spots > The Ruins in Talisay City: One of the World’s Most Fascinating Ruins 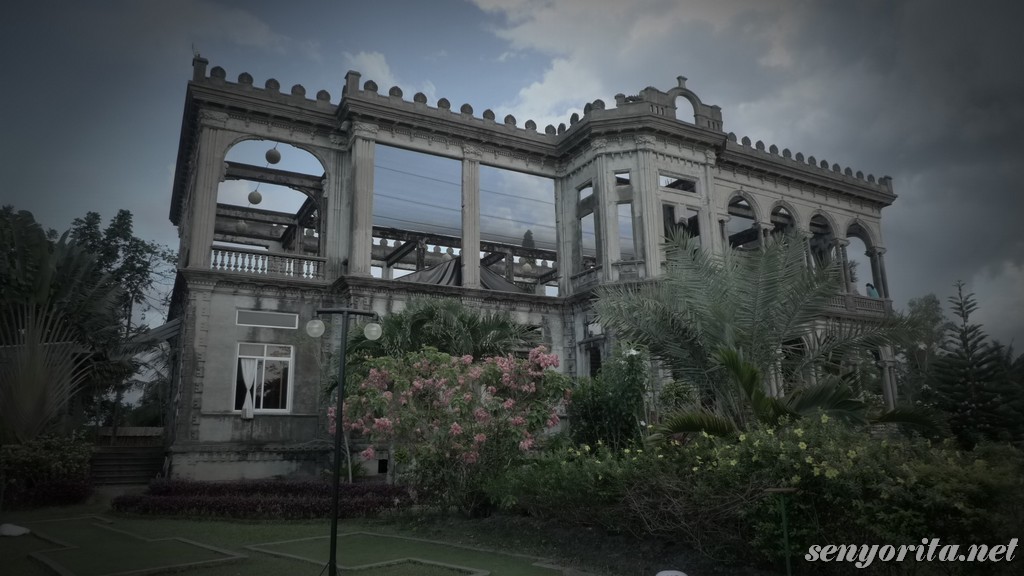 The Ruins in Talisay City: One of the World’s Most Fascinating Ruins

The Ruins of Talisay is one of the most photographed spots in Negros Occidental. Located at the middle of a subdivision with sugarcane plantations in Talisay City, Tourists go out of their way just to go here and have some pictures taken. I am no exception to that. Dubbed as the ‘Taj Mahal of Negros’, the Ruins of Talisay is also listed as one the the 12 Most Fascinating Ruins of the World. I remember that part in the Julia Roberts travel movie ‘Eat, Love, Pray’, where she described about the beauty within ruins (Colosseum in Italy) . This is a perfect example for that line.

For years, I’ve been reading a lot of blog entries and testimonials about The Ruins. Some even claim that it is a haunted place. There’s this image that circulated online where an image of a man in barong is seen and people started debating whether the photo is edited or not. The mansion was owned by Don Mariano Ledesma Lacson, which he gave to his Portugese wife Maria Braga from Macau. The two met in one of his travels in Hongkong. It was said that the mansion is the biggest during that time and it is pretty evident in the ruined structure that they only used the best materials for the construction of the structure. The family intentionally burned the house sometime in World War II so that the Japanese soldiers won’t use it as their headquarters. We’ll never really know what happened after. I bet Don Mariano and Maria Braga felt really bad that they had to do that. Ang bongga kaya ng mansyon LOL.

The Ruins of Talisay opened its doors to the public in 2008 and since then, the place became a favorite venue for parties, debuts, weddings among others. I would like to shoot a short film there about ruined relationships. Sounds familiar? 😛

Meanwhile, I decided to take pictures using the Pinhole feature of my beloved LX3. I just love that creepy yet pretty feel in the photographs hehe. 😀

We paid Php60 each for the entrance, while students and senior citizens get a discounted price. On my next trip to Negros, I’ll make sure that I have extra SD cards with me so I can record some short clips. It is also perfect for pictorial sessions.

We only stayed for a 30-40 minutes since we’re about to leave and fly back to Manila that afternoon. Thanks Hannah for bringing me here! The next time we visit this place, we need to shoot a short film!

How to Get There -> Sadly, there are no direct public transportations to this magnificent place. However, you hire a taxi or jeepney and just tell the driver to bring you to The Ruins.