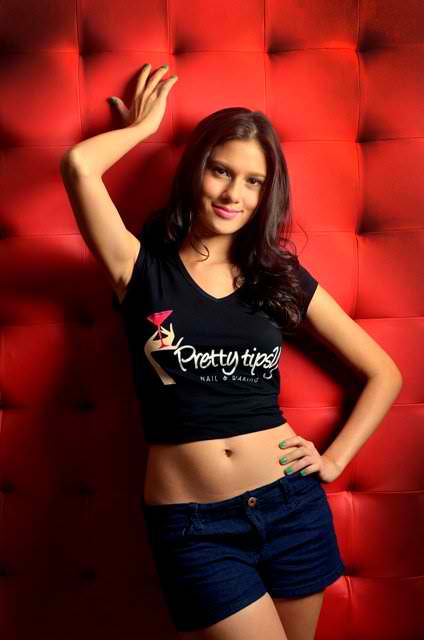 I asked Kreme Seen, one of the owners of Pretty Tipsy Nail & Waxing Salon on what inspired her to come up with such venture, she shared that she and her friends in Metro Manila would usually go to Nail Salons for special girl bonding moments. She noticed that yes, Dagupan City has a number of spas and salons, but no one ever dared to pursue a business that specializes in nail art and waxing. A certified kikay lady, it seems like the girls behind this new hub are determined to make it big in the industry.

Kapuso actress Bianca King was chosen as the celebrity endorser of Pretty Tipsy Nail and Waxing Salon. We all know that Bianca King first started out her career as a print ad model mostly appearing in teen and women’s magazine before she became one of GMA-7’s main antagonist. Her previous TV projects include Mulawin, Marimar, Dyesebel, The Last Prince, Ilumina and Captain Barbell. When it comes to the big screen, she was last seen in the movie Working Girls 2010.

Bianca King got her first break as a lead teleserye via the afternoon series Sinner or Saint, where she plays Noemi opposite Dennis Trillo and Alex de Rossi is the main antagonist of the show. Bianca is also busy juggling her showbiz commitments and her studies, where she is an AB Digital Filmmaking Major in La Salle – College of St. Benilde.

I’ll be attending the soft launch later. Hoping to catch Bianca King there! 😀