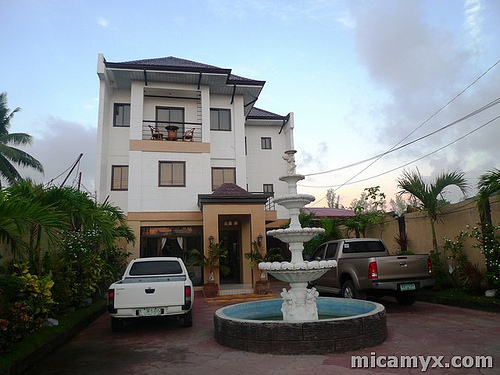 Last year, I embarked on a weekend trip to Pangasinan with 9 travel bloggers. I am originally from Pangasinan, but I already revealed in some of my previous entries that I’ve never really spent so much time in Alaminos. My most vivid recollection of the place is when I attended a relative’s birthday in the city proper. We did took a glimpse of the popular Hundred Islands Nature Park, but I never had the chance to do some island hopping activities.

When Anton and I planned the trip, we both asked some of our friends on where we should stay in Alaminos. Another blogger friend suggested Islandia Hotel since they stayed there earlier that year. Although the place is approximately 15 minutes away from the popular tourist destination, we decided to inquire for their rates. We were open to the possibility of bringing our tents and just do our own camping in one of the islands. The unpredictable weather was scary though knowing Pangasinan is rainy season’s frequent tambayan 😐

I am glad that Mr. Klydz Busto, Islandia Hotel’s manager entertained our queries about the rooms, the food, the Hundred Islands Tour and the city itself.

We arrived in Islandia Hotel (check rates) at 6am, earlier than expected. We decided to just eat our breakfast together like one happy family (the bloggers in the trip were not yet that close then hehe :P) Most of us ordered the famous Alaminos Longganisa. It’s been years since i last ate one that’s why i was thrilled that finally, imma have it for breakfast! 😛

I love the look and feel of the restaurant. Native na native! Islandia Hotel is also the official home of the Miss Earth 2008 candidates. Some of the rooms were named after them and their photos were displayed in the restaurant. They must add a blogger’s wall soon, right? LOL 😛

Now let’s proceed to the rooms. I am satisfied with the room. I bet the foreigners who would like to experience that Philippine accommodation with comfort would love this place. The beds are comfortable and the toilets are clean. There’s a swimming pool too (although it was under renovation when we arrived). Take a look at the photos below:

I might go back to Alaminos at the later part of April or early May for the Pista’y Dayat 2011 celebration. It is the yearly celebration of most towns/cities in Pangasinan. The sea is important to most Pangasinenses since fisheries is one of the main source of income. I’ll be staying in Islandia Hotel yay! 😀