Skip to content
Home > Books and Magazines > The Truth about Badette: Adventures of a Tabloid Newbie – My First Novel! 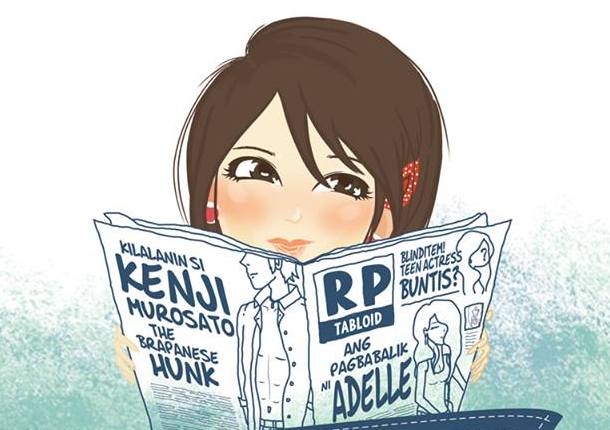 The Truth about Badette: Adventures of a Tabloid Newbie – My First Novel!

Those who know me really well can attest to the truth that I want to make films. I spent my first 13th month pay to produce my first short film (Kuya Bunso), saved my Adsense earnings in order to make my second (The 12th of June) and third (Positive). That happened between 2009 and 2010. It all stopped when I started working for a local tabloid as an editorial staff and decided to spend my free time traveling and blogging about it.

Between 2009-2013, I wrote two screenplays with hopes to join two competitions. The first one is for a trilogy film about women empowerment. I got shortlisted, but didn’t make it in the final round because according to them, the theme is quite dark for the third episode and that the concept deserves to be a full-length feature film. I wanted Lovi Poe to play the lead role and that was before she ventured to the sexy route to becoming one of the competent actresses in the Philippines now.

The second one is a screenplay I submitted last minute (2 minutes before deadline!) to a major independent film festival. Reading the screenplay now, I realized how hard it must be for the panel to read such rushed material and list of inexperienced possible crew members. I still believe in my story and I would still love to shoot the material if I have the time, courage and most of all, money. 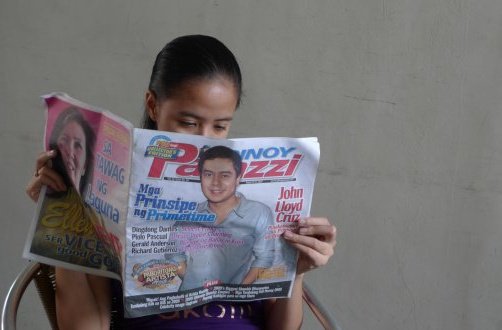 BADETTE’s character is very close to my heart. I started playing with the idea while working as an editorial staff of a tabloid. I was 22 years old then and I really enjoyed my job. Why? First, I am a legit Pinoy showbiz fan. Second, my office mates were cool to work with. Third, commuting is not a problem when the office moved to Quezon City. We also had some company outings and the boss would treat us for merienda or dinners when there are special occasions. It was an ideal workplace for me.

Sadly, I had to leave.

In 2012, I tried to write a screenplay hoping to submit it to another indie film festival. The problem was every time I type a scenario, I always thought of the permits, shooting costs etc. In short, I imposed too much unnecessary pressure to myself and the end result? Nadda. None. Waley. Fail.

I then thought that maybe I should just stick to blogging. I get to share some stories without too much pressure (except for sponsored trips).

In 2014, Viva Films took a risk by acquiring the movie rights of a Wattpad novel called “Diary ng Panget”, which launched James Reid and Nadine Lustre a.k.a. JaDine loveteam to the superstars they are now. The writer behind the series was already based in Italy when the film was shown and she was just 19 years old!

She started writing the story in Wattpad when she was just 16 thus the cute story.

Then I dreamt of that neglected 24 year old tabloid writer imaginary friend of mine with her sexy bestie, funny younger brother, a hard-headed starlet, annoying but cute photographer and a Brapanese hunk as back-up in Patar Beach of Bolinao, Pangasinan protesting I must focus on them.

With the help of Ada as my main reader as I write the story in Wattpad, Badette’s story was finally published online.

And almost a year after finishing the novel, I finally took the courage to take a risk by saving some money, contacting friends to help me out with the editing, cover illustration and over-all book design and self-publishing Badette: Adventures of the Tabloid Newbie.

Why the delay? Work took over my life last year, but I don’t regret it. I concentrated on my day job and some extra gigs then few but meaningful trips. It was in October in Thailand when I realized that hey, I really need to publish and put the book out there for people to read and enjoy!

So yeah… Hope you’ll get a copy of my book! I printed a few copies first to test the waters. I’m selling the book for Php 420 per copy.

PHP 420? Why is it much pricey compared to other Pinoy novels?

With the special participation of a sexy bestie, nagbibinatang utol, interesting co-workers at nagdidiva-divahang taartits, this book will surely be as jampacked as your favorite showbiz read!

If you’re a fan of the Spice Girls, you will appreciate some of the references in the book. 90’s Pinoy telenovela addicts especially the fans of Mara Clara will enjoy it too 🙂

As early as now, I would like to thank everyone who showed interest in buying a copy of the book! Special shout out to Ada and Maire for reading and editing the first draft and Sabrina Lajara for the cute cover design! Her portfolio site will be launched soon.

I’ll be shipping copies of Badette: Adventures of a Tabloid Newbie starting on January 18, 2016! To order, kindly fill out the form here. Maraming salamat! <3