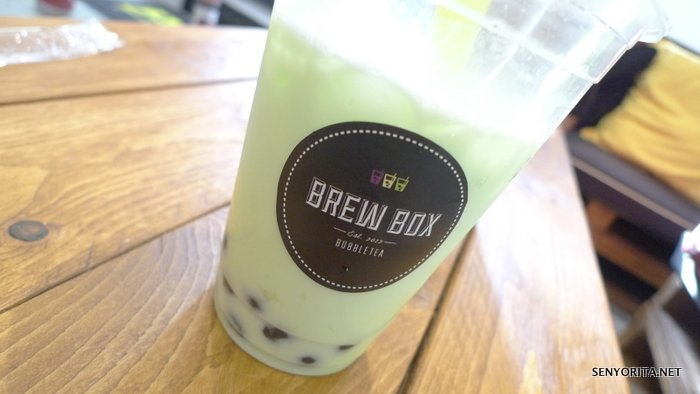 The Bubble Tea mania is slowly but surely invading London! In the Philippines alone, I’ve been to a number of Bubble Tea shops that caters to different types of people. For a time, customers would rather go to a nearby tea place than go to the usual coffee establishments. When I had the chance to visit Taiwan last December, my friends and I didn’t miss the chance to taste the authentic bubble milk tea.

I discovered the newly-opened Brew Box Bubble Tea last week through my cousin. In one of our conversations, she mentioned that a good friend of hers recently launched a Bubble Tea place in Angel, Islington. We all know that the Brits have so much love for their tea, but introducing the ‘Asian’ way will make drinking more interesting.

One afternoon, my cousin and I travelled to Islington High Street. I am quite impressed with the nearby stores. Ah, you’ll never know what to expect when walking in the hidden alleys of London.

The first section I noticed when I entered the establishment is the workstation at the right side. Sockets for charging of laptop and chargers automatically makes it an ideal place for freelancers and digital nomads. I even remember asking them first if they have free wifi before ordering a drink lol. 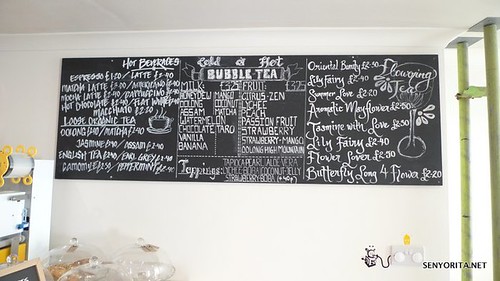 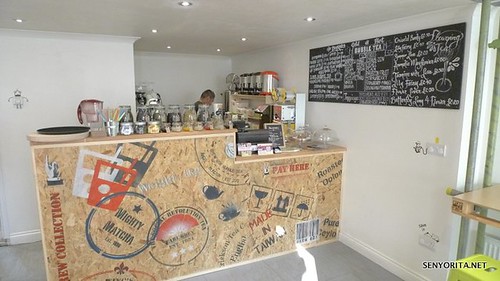 The owners Eric Payumo and Albert Yanit were very hands-on in terms of doing errands and entertaining every customer. If you’re thinking that the owners are Filipinos, I’m happy to say that you’re right! 😀 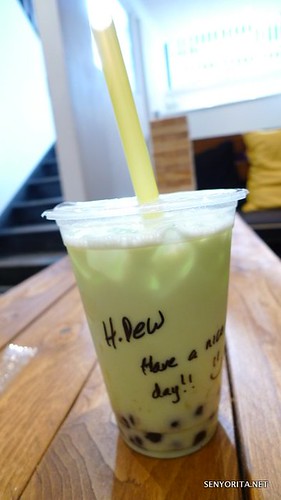 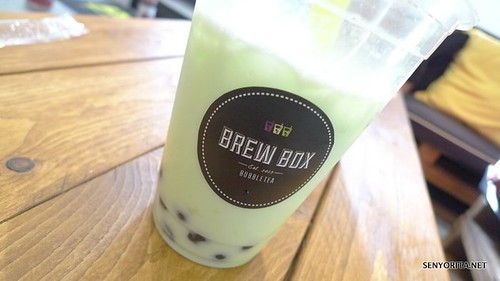 I ordered Honey Dew, which is one of their best-sellers. Taro Milk Tea and the Brew Box Special invade the queue, but the other fruit-based drinks are being noticed now. They also have plans of introducing new flavors with Pinoy twists like mais (corn) and keso(cheese). 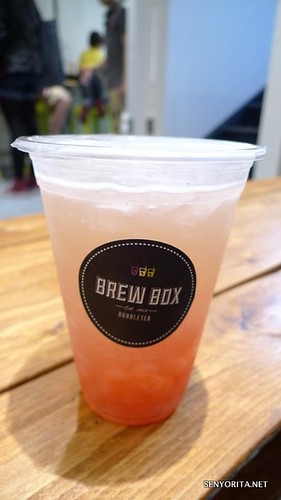 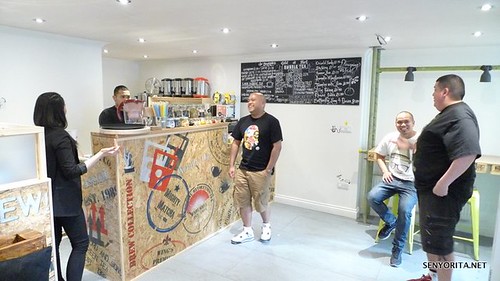 I stayed there for three hours and it that short span, I was able to talk to some clients who joyfully narrated their holiday trip in the Philippines and asked me for advice and referrals regarding other destinations. One joked that I can pass as a travel ambassador. Why not? 😛 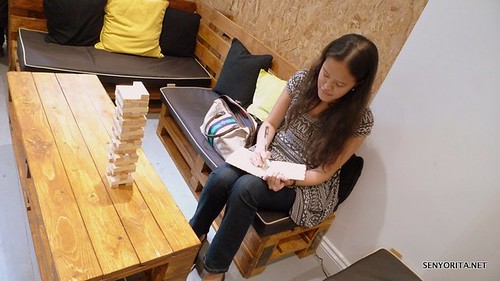 Some teenagers also played the popular indoor game Jenga. While seated in the lounge area, I can’t help but feel the hostel vibe. I dunno… Maybe its because of the comfy atmosphere and you get to talk to other customers with no inhibitions while sipping your favorite drink. 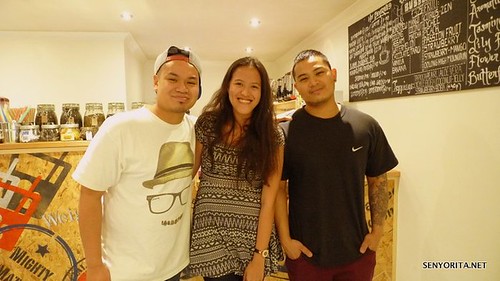 Another interesting fact that I heard from one of the guests is that Albert is also a dancer. In fact, he is a member of the dance group Animaineax, who previously competed in BBC Three’s Move Like Michael Jackson and even toured around the world with other popular dance groups. Astig! It would be nice if they launch a breakdance competition soon and the grand prize? A month-long supply of Brew Box Special 😛

How to Get There: