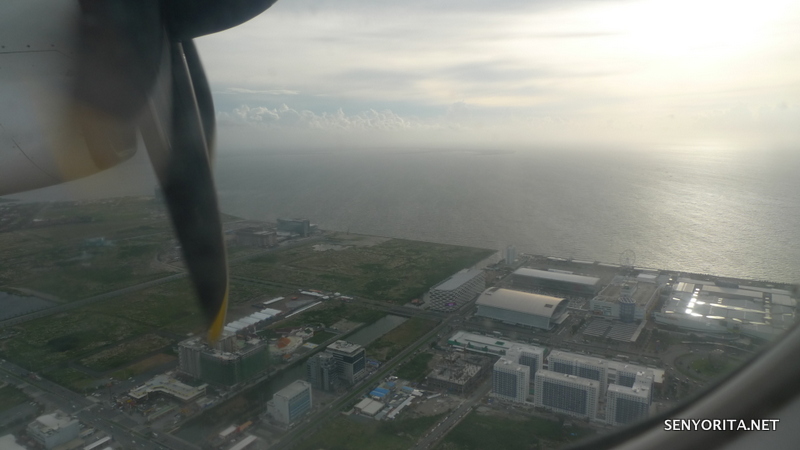 Flying to Laoag for the First Time

Last January, I went to Laoag by taking a sleeper bus trip. I went to a relative’s house before taking another night bus trip to Pagudpud with Jason. We were able to explore some of the tourist spots of Bangui, Burgos and of course, Pagudpud.

No need to wake me up before September ends to move. Instead of sulking in the house due to some circumstances you cannot control, it is best for you to just get out of the house and go somewhere else. That’s what I did. I decided to take a flight to Laoag, which is a first for me. AirPhil Express offers flights to Laoag three times a week (Tuesday-Thursday-Sunday). I need a temporary escape and go somewhere familiar and with a less stressful ambiance.

While waiting for my flight at NAIA 3, I heard a number of passengers speaking in Ilocano. It simply feels right to be surrounded with Ilocanos especially when they’re laughing out loud. Even if I was born and raised in Pangasinan, I am more in touch with the Ilocano side (my mother is from Binalonan). I have to admit that I had doubts before rushing to the airport, but I have to or else I’d end up crying in my room. Also, I am craving for Ilocano food.

‘Wen Manang’ I replied back.

There’s this funny incident that happened while I was in the boarding area, but that deserves another entry. It’s nice to take a peak at the more ‘scenic’ aerial view of Manila hehe.

The plane landed at the Laoag International Airport on time. Thank Goodness!

Hey, Rain. Thanks for letting the plane land before you start pouring in. I took a trike ride to my uncle’s house, which is just 10 minutes away from the airport. Glad to see big smiles on their faces when I arrived. I should visit them often.

I originally planned to roam around Laoag’s City Proper at night to take pictures, but the rain deprived me to do so. Blame me for not watching the news, but it’s Signal #1 in Northern Luzon that time. After eating dinner, I went straight to bed right away and try to sleep at the comfy bed. Problems do bug us wherever we go. How I wish I can escape from this dilemma and leave ’em somewhere. I end up watching telenovelas, scribbling notes and slept at 1AM. My only wish is that the weather will cooperate the next day as I pursue a solo trip to Vigan. (To be continued)