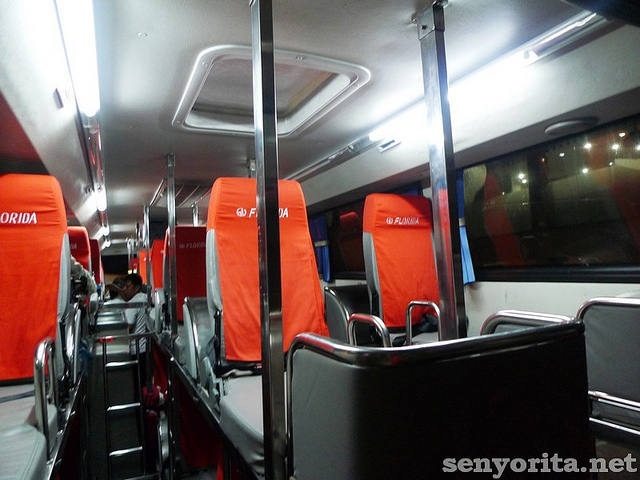 Commuting plays a major role in every traveler’s life. It is specially beneficial for those who don’t own a car or don’t really know how to drive (like me).

Growing up, I didn’t really commute on a daily basis. I lived inside the school campus from elementary to college and I’d rather stay at home or hangout in nearby places with close friends during weekends. I didn’t have the guts to ride a public transportation alone before not unless it is within our city. I embarked on my first solo trip to Baguio City when a good friend of mine graduated from college. It only took me more than an hour to reach the hotel by van, but I considered that one as a big achievement.

My first solo bus trip to Manila happened months before my on-the-job training through a Toronto Shuttle Bus agency. Mom got really worried and she kept on calling me the whole time asking how I am. Instead of feeling worried about any unwanted accidents that we might encounter on the road, I feared that my mobile phone might be snatched from me LOL.

For my OJT stint in Manila four years ago, I learned to love commuting through the MRT. Luckily, I’m just one station away from the workplace. Rush hour in the morning can be very tough especially when all of the passengers are desperate to go to work on time. For me, my tasks in the workplace is not really that exhausting. Commuting Â is. I think I can write a series of blog posts about some of the funny or frustrating scenarios I’ve witnessed while riding the MRT train.

When I am not on a rush, I’d take a bus. I am the type of person who truly enjoys bus rides because of the scenery. Commuting via bus in Metro Manila is a different story. When taking an ordinary bus at night, you’d feel a bit scared since some bus drivers would drive really fast as if they’re in a drag racing competition!

If I have enough money, I’d take a cab. Just like in any place, taxi drivers vary in terms of personality or on how they deal with their passengers. I enjoy talking to some of them especially when it comes to politics and showbusiness. Some are nice and honest while some deserves to receive some punishment for overcharging.

I want to share about my first London Underground Train experience. We were forced to take the London Underground Train on a Friday night in order to catch the play ‘Wicked’ in Apollo Victoria. I thought that we’d be able to reach the destination with no hassle, but no. We were stuck for almost 20 minutes with no aircon or decent ventilation. I find it cool at first, but when two babies started crying and a group of teenagers started drinking, I then prayed that we’d surpass the challenge and for me to be able to catch the show! My cousin bought the expensive tickets and I didn’t want to waste the opportunity. Glad I made it on time or else goodbye to Sixty British Pounds.

My longest trip via train would have to be the Cardiff-Birmingham New Street-Rugby route on a winter. The trip that should only last for two hours almost lasted for seven hours. We were freezing literally and I wanted to take a flight back to the Philippines immediately haha 😛 It was a tough trip, but I learned a lot from it. I am curious on how trips with US Rail Holidays are. Most foreign bloggers would say that train ride experiences vary from every country. A train ride in the UK might be different from the ones in India or Japan.

Two weeks ago, I tried riding in a sleeper bus for the first time. It is for my trip to Laoag City which lasted for almost 8 hours. I wasn’t able to sleep in a sleeper bus because I kept on playing Kazaky songs LOL. In one of my attempts to take a short nap, I realized that long bus and train rides are best done alone. Since there are less distractions, you are forced to think about some aspects in your life and wonder ‘Where do I go from here?’.

This post is too random. I need some sleep. I want to sleep in a sleeper bus. Now.