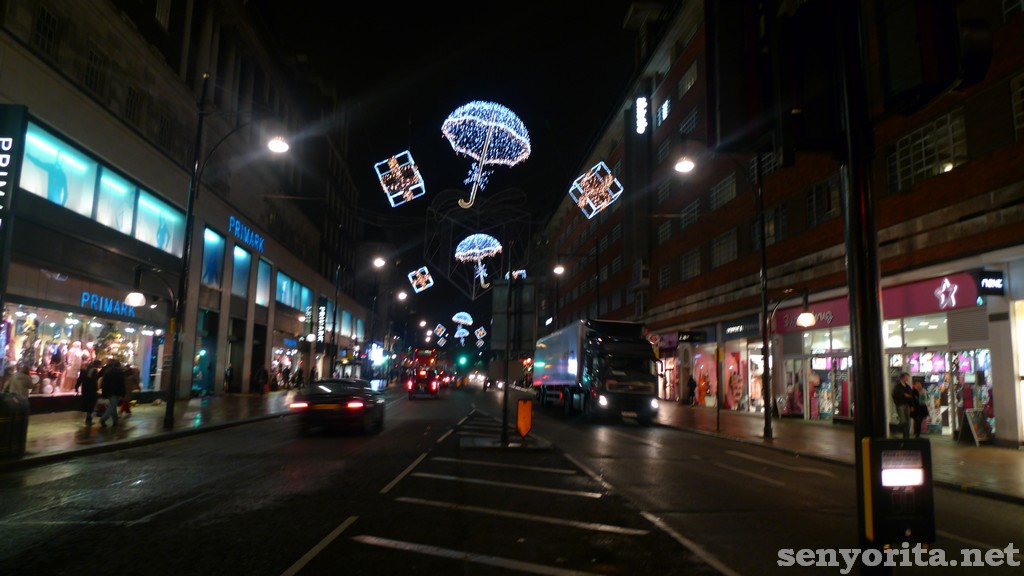 Reminiscing My First Night in London

LONDON is known to be one of the most expensive cities to live in, so I told myself that I am one lucky girl because we have a relative living in Central London. For the first time, my Mom and I will embark on a train trip to London. The whole trip will take 45 minutes from Rugby via London Midland. We also have the option to take Virgin Trains, which is faster. We chose the former and I blame her strong Ilocano roots for it hehe just kidding! =P

We arrived in the London-Euston station at 4:30pm. Almost all the passengers were on a rush. Some were sipping hot coffee or talking to someone on the phone while walking. Wow, this is a more ‘corporate’ version of the rush hour in the MRT Manila train stations LOL.

We waited outside the London-Euston station for my Uncle Willy, whom I will meet for the first time. He is the cousin of my Mom and has been residing in the UK for more than twenty years. He used to work for a big telecom company in the UK. When he arrived, he greeted us with a big smile and we rode in his car. I think he sensed that I am still in a ‘cultural shock’ mode. I was quiet and I kept on looking around. I just can’t believe I’m in London and the city is full of busy people. I should mind my own business by observing them.

We arrived in their house and drank a hot cup of tea. I’m glad to see a box of Skyflakes crackers in the dining table LOL. For the first time, I was able to watch some ABS-CBN news programs via TFC, The Filipino Channel. Nasa abroad na talaga ako!

I got the chance to know my Uncle and his family more through a quick chat. I have two cousins: The eldest opened a business in China while the youngest is working in a big company in London. Her wife is working in a multi-national company too with a high position. I’m glad to see that they were able to maintain the Filipino atmosphere within their home. 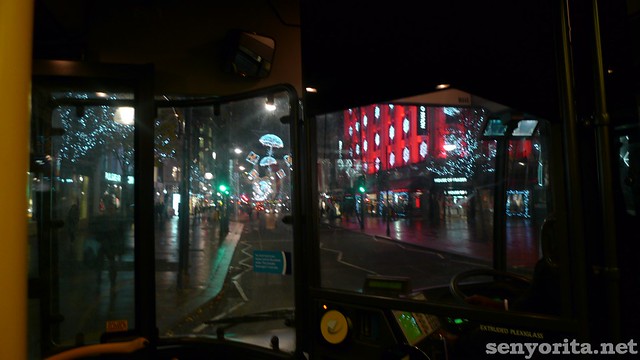 After resting for two hours, we went out and rode the Red London Bus going to a place where I’ll be meeting my Aunt, my cousin and their relatives who are also based in London.

I originally planned to take as many photos as possible on my first night. I am not yet used to the winter weather that time so most of my shots are blurred or out of focus LOL. London Night on a Winter. Whew. I’m not even sure on what street we were that time – I simply took pictures! 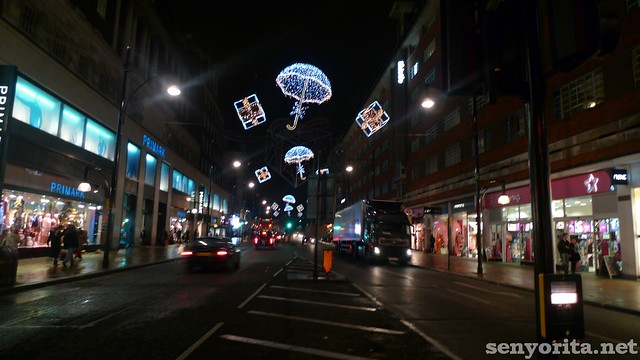 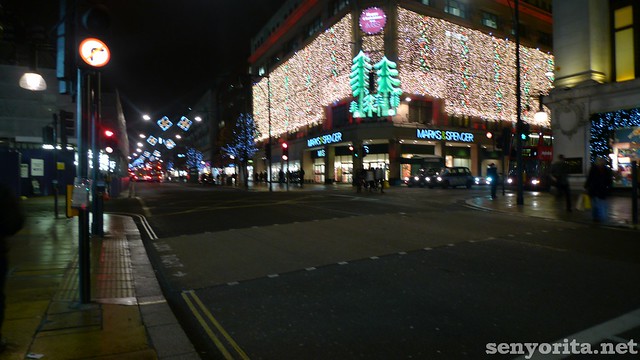 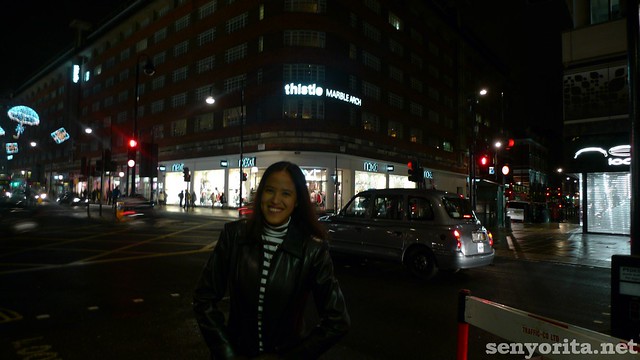 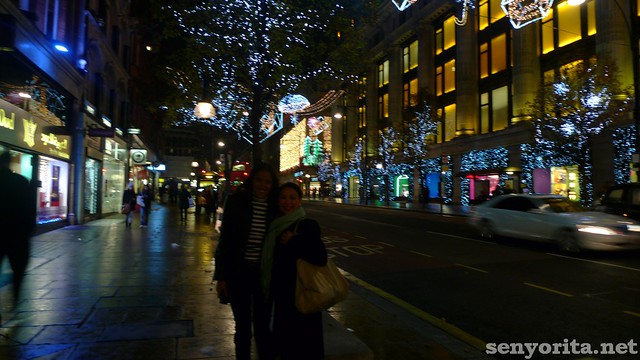 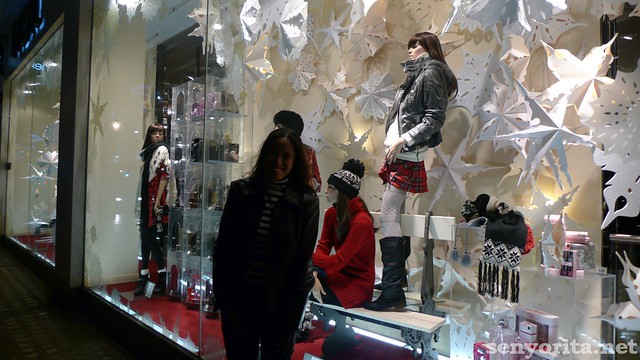 As we walk in a street full of Winter Fashion stores, I tried to take pictures, but brrrr even my thick gloves cannot tolerate the coldness! Sorry for the blurry pictures LOL. 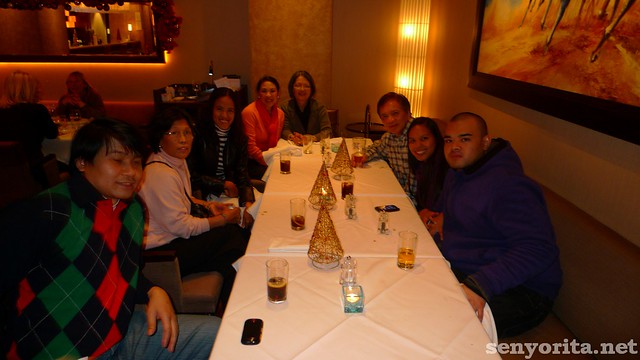 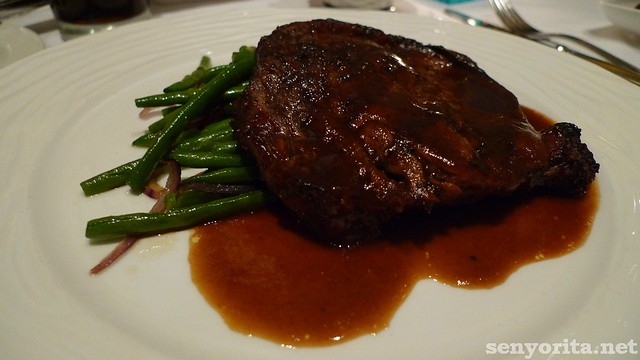 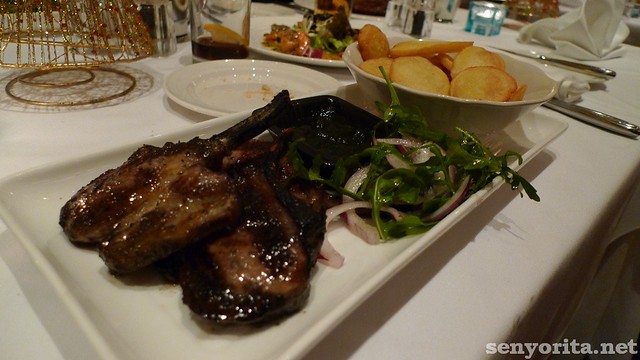 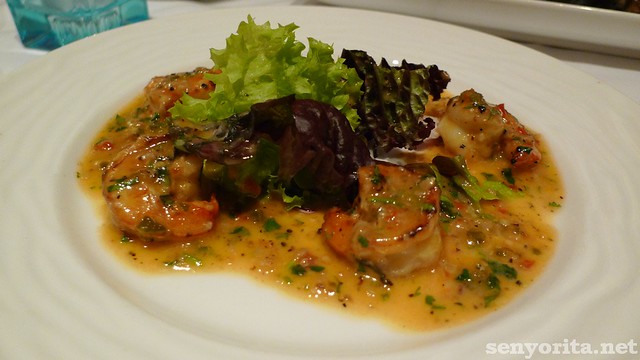 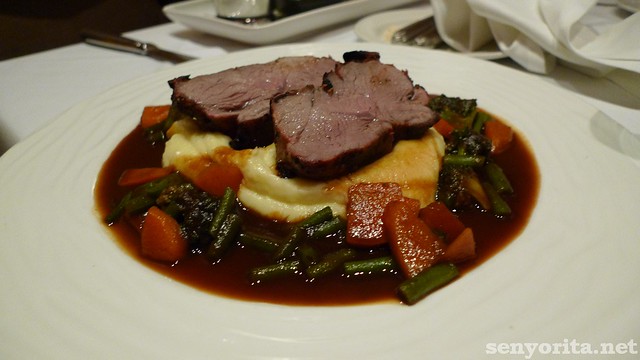 On my first night in London, I was able to talk to all of them. I explained on why I took some food shots and then gave them the links of my blogs. My cousin suggested some places that I should visit the next day. It is basically a getting to know dinner moment. We also talked about traveling since the family encourages it. During that time, they were also discussing about the possibility of enjoying holidays to sharm el sheikh . I checked for the images online and suddenly felt envious if they will push through with the plan lol.

We left the restaurant and also took my first London Taxi ride. So cool… and expensive LOL.

That is just my first night in London! It is also our way of celebrating my dad’s birthday. He could have turned 47 years old that day. I know that he’s with us the whole time. I think spirits don’t need any visa to go with their loved ones hehe.

Have you been to London or are you living in London? Sorry for the dark and blurry pics. I was freezing the whole time =P